I've been talking about what an incredible experience the Animas Sports weekend is for two years in a row now, and you can find my rave reviews here, and here.  This year, I wanted to shake things up a little.

This weekend is one of the most looked-forward-to events in the diabetes calendar, and I'm running out of ways to say how great it is.

This year the talks were incredible, the people were inspirational and the weekend as ever, was one you don't want to miss.

Thank you to all the incredible people who let me have access to their photos, including all the twitter folks, Animas and Rachel, for letting me show you what the weekend is like through everyone else's eyes.

So check it out, here.


And for Triathlete Terrence Teixeira's top 3 tips from the weekend for understanding diabetes and sports, check out his video here.


Posted by Anna Presswell at 12:45 No comments:

An ode to the Olympics

Two years ago when I started to have regular fun and games (see also: swearing and rage) with kinked cannulas, I made the decision to try out the Medtronic steel cannulas.  Rather than being most people's nightmare because of the idea that you might feel them under the skin (you can't), it took just a couple of weeks of before I made the switch on a permanent basis.

I loved the fact that as they are removed after just two days and were so much more narrow than the Teflon needles, there was always much less scar tissue left after it was removed.  And the purple marks people talked about seeing after removing the Teflon needles seemed like a thing of the distant past, to me.

Perhaps the issue is just that in order to use my steels I have been using my abdomen for every cannula, but I feel like I'm starting to resemble the Olympic rings.  Right? 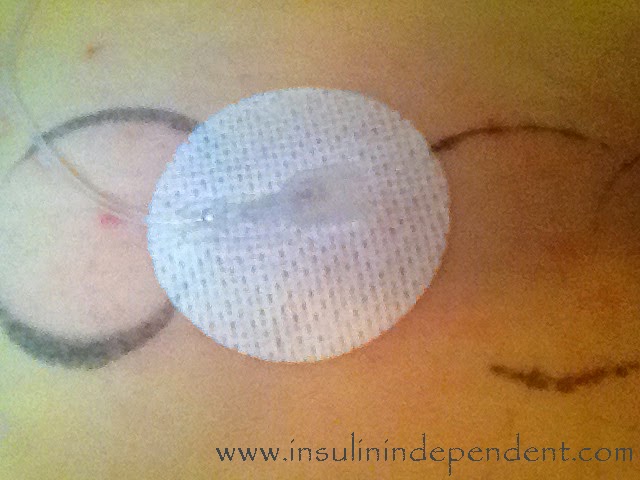 With an inkling over the last few weeks that burnout may be approaching (**rips off own pump and goes to hide in garden shed for a day with a pint of ice cream**), I've put in a sharpish order for some inset IIs (Teflon needles that could park themselves on my back or arm).

Why?  Because as PWDs who have choice (even if that choice is limited) over the tools we use to manage our diabetes, and it is my prerogative (and sometimes a survival technique) to shake things up and change my form of attack.

For a long time I didn't mind using my abdomen for cannulas.  It worked for me and the lack of kinky (oo-er) issues kept me kicking the crap out of diabetes without a second thought.  But it's OK to reach an impasse and say, "This isn't working out, anymore" and make changes that will help you feel ready to take on another day with diabetes. Diabetes paraphernalia is something unavoidable that we have to live with as PWDs, so we might as well make that paraphernalia work for us.

Have you changed your paraphernalia to make it work for you?
Posted by Anna Presswell at 16:50 2 comments:

I'm glad that Jamie understands the value of CGM in my life.  Since adding it to my diabetes arsenal 18 months ago it has whipped away an incredible amount of the worry and frustration I had been feeling with increasing frequency in recent years (See also: Buuuuuuuurrrrrrn.  Oooooout).   It is my safety net; my road map. But because CGM funded full time (using on-label guidance) can cost the equivalent of a monthly payment which would buy you anything between a second-hand VW and a brand new Beamer, I had to find a way to make full time CGM use work for me, without bankrupting us.

Thanks to a well-timed promotion and a determination to lower my HbA1c in the approach to parenthood (yup, we're heading thataway) I was able to commit to two sensors a month.  But only if I used them for two weeks at least, per sensor. I've been recording how long my sensors last and two weeks is an easy achievement in terms of time, but there is a drawback; the crunkiness.

Only days after a fresh sensor goes in - the adhesive tape almost shimmering in photographs because it is so very white, and so very crisp - comes the crunkiness.  It is the point between 'crusty' and 'manky', when the tape has started to come away and re-sticking it with my sensor lengthening lifeline, Skintac, means the tape has turned hard and attracts fluff where no fluff should be able to get.  The surface of the once silky tape is now somewhere between sticky and solid, and it is pretty nasty.

This is the stage when I look in the mirror and thank my stars that Jamie understands the value of this crusty, crunky abomination, currently camped out like an unwashed squatter on my upper thigh.  If CGMs could suffer leprocy, mine has it. 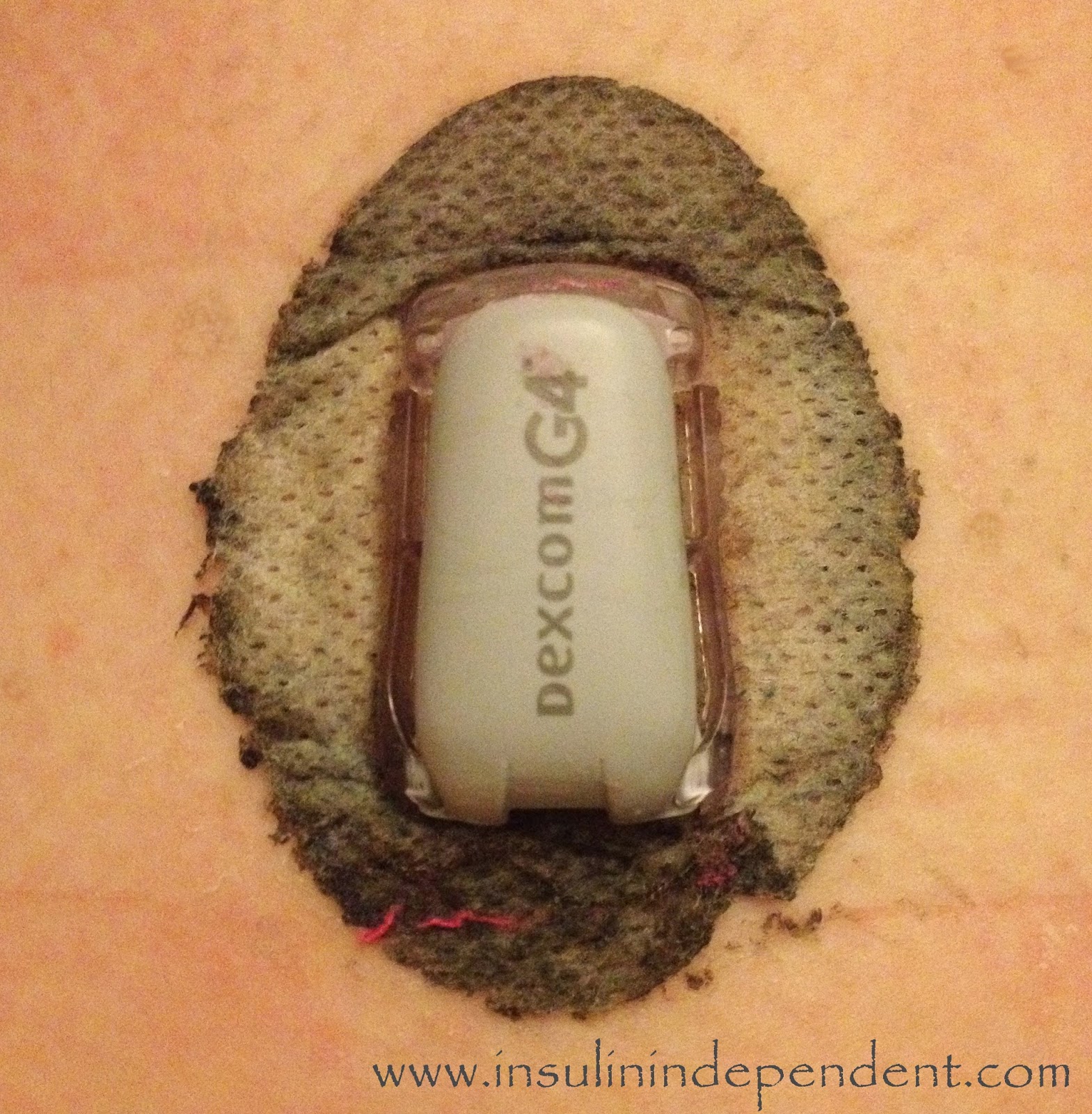 There are so many 'must dos' on the daily diabetes checklist that even the smallest of moves towards customer convenience is a big deal, in my book.  One of the greatest steps forward in my own management was when my GP Surgery started allowing online ordering of repeat prescriptions and appointments; no more queuing at the clinic for repeat prescription printouts.  And it would seem that Medtronic feel the same way.

Last week they invited a few blogger-type folks to their office in glamorous Watford, to tell us about the roll out their new e-shop for pump supplies and products, as well as introduce us to some new faces on the accessories front.  Now a word of caution first, don't leave this one to the last minute, because when you register it will take around 3 working days for everyone's people to speak to everyone else's people so that you can order. But once you are set up, your usual orders will be ready to simply select and go!

Any products and supplies already agreed by your team (ie the gadgets you usually order) will appear with the cost 'greyed out' on the screen, and these can simply be selected and placed in your basket ready to order.  Any new items you want to select will of course need to be run through your team first, although you can pay for items yourself, if you choose.

If there is every a problem with your order, Medtronic's (highly recommended) customer service team will call you immediately to advise you about any delays or issues in fulfilling your order.

Now, as someone whose diabetes team (lovely as they are) still employ a stone-age system of ordering via one specific nominated-for-the-job person in my diabetes clinic, be warned that this has to be an arrangement already in place with your team.  But if you think you could use this kind of cutting out the middle man in your already busy lives, give your team a call and make use of someone's bright idea to make life for their patients easier.

Enjoy!
Posted by Anna Presswell at 13:46 No comments: