Yesterday I posted about why that card represented all that is wrong with using diabetes as a punch line. Within a matter of hours of a diabetes advocate, Diabetes Power's Angela Allison, posting a picture online of a card she had seen about diabetes and obesity on the shelves of Sainsbury's greeting card section, hundreds of people with diabetes - or those speaking on behalf of someone with diabetes - had launched their complaint with Sainsbury's chief exec, Michael Coupe.
In a glorious display of the power of social media and a really pissed of bunch of PWDs, Mr Coupe had issued a sincere, warm and humble apology. It went like this:
"Dear Anna

Thank you for getting in touch.  Firstly let me say how very sorry I am for what has been a lapse in judgment, I completely share your views.

As soon as this was brought to my attention the product was removed from sale across all our stores, and I have this morning asked my team to investigate how this happened.

I pride myself on our values and I do believe our values make us different from other supermarkets, and I know our customers share that view, this is what makes this all the more disappointing.

Thank you again for bringing this to my attention.

Hats off to you, Sainsbury's, and thank you for recognising why this card is below the high standards you usually meet.
Posted by Anna Presswell at 13:32 No comments:

Stigma, diabetes-shaming and that joke about Bob.

I used to find jokes about diabetes funny; especially that one about Bob.  I liked it because it was sarcastic and witty, and there was no conceivable way anyone would think chocolate could cause diabetes.  That's what was funny about it, no?  My favourite blogs were ones which used humour to talk about life with diabetes, and my family and friends shared in-jokes a-plenty about diabetes and the many foibles living with it brings. But then something changed.

Sometime around my late twenties people stopped asking "What is diabetes?", when the topic inevitably came up as my paraphernalia appeared, and instead people started to ask me questions about what I did to get it, or tell me they had known someone who got rid of it (chortle).  In my late twenties at University came questions from seemingly intelligent friends about whether or not I knew that my 'foot was going to fall off' from eating a chocolate bar (thank you, Scrubs), and then along came MatthewWright-gate when angry online conversations were held about 'diabetes-triggering 'Easter Eggs. Suddenly it wasn't so funny when I realised that people did believe it and that worse still - the hobby of diabetes-shaming had begun.

This year I will reach 30 years of having lived with type 1 diabetes.  I was diagnosed long before the internet, Sky TV and smart phones came about, and if we wanted to learn anything about diabetes we had to look it up in a giant book warehouse called a library (Google it). Since then with the dawn of the technological era, information can literally arrive at your fingertips with the flick of a button, the ping of a news alert or by the dulcet tones of Siri.  And information equals education, right? Sadly, no.

When I was young and diabetes was raised in conversation, my clumsy 11 year-old self would try to give the best definition of what I was living with, hoping it might make sense. I hadn't yet thought of Jeff.  But now that people can easily find photos of the loveable Jamie Oliver standing in front of a coke bottle with the word 'diabetes' blamefully written on the side, or shop for tasteless greetings cards at Sainsbury's where diabetes is once again the butt of a joke, it has become publicly acceptable to use diabetes as a punch line.  With the era of accessible information also came the era of misinformation, and the blaming of people with diabetes for their own condition.  Suddenly everybody's an expert, and diabetes is fair-game for ridicule.

I recently took to Social Media to ask Sainsbury's for a conversation about that diabetes card (and also of course to ask where I can pick up a piece from their emphysema range, or if the do an asthma-specific selection), because the joke just isn't funny any longer - not when people struggle to separate truth from ridiculous humour.  I have been accused of lacking a sense of humour and of needing to lighten up, but here's the thing, if teenagers stop being bullied due to the image that 'diabetes' now has, or people with type 2 stop living with constant stigma as a result of me temporarily shelving my sense of humour and arguing the point, so be it.

The fact is the Sainsburys card isn't even particularly offensive. It's tasteless at worst.  But it insinuates and represents everything which is wrong with the way diabetes is treated both in the media and over coffee-table conversations around the world. We've come such a long way in thirty years.  Technologically we are in the most exciting season of diabetes. We are in the Summer of  advances in medical equipment and hope for a 'cure'.  But when it comes to diabetes-shaming and the way in which diabetes is used as comedy canon-fodder, we are firmly mid-Winter. We have learnt nothing in the last three decades.

The answer is seven; Bob has seven candy bars.
Posted by Anna Presswell at 01:29 4 comments:

Spare a Rose: Save a Life. 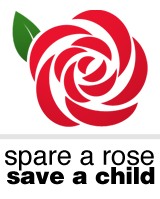 There are times in life - when my cannula rips out on a kitchen counter, or my Dexcom itches at my skin from lack of air under the over-used tape - that I find myself feeling less than grateful for the medical technology which keeps me alive. When the clumpy pump won't hide under a slinky top, or my Dexcom sensor protrudes from my leg under my skinny jeans like some kind of bodily 'yuck', I find myself frustrated with diabetes and the cyborg 'kit' that comes with it. But the truth is, that 'kit' - that expensive, wicked clever kit - does more than just keep me alive, it helps me live the life that I want; the life I deserve.

It's hard to imagine, given my fortunate life in a developed country where it is considered wholly unacceptable for any person to have to die from lack of basic necessities like insulin, that there are children and young people in this very world - the one we share with them - who live on a constant perilous precipice.  Why?  Because they don't know whether or not they will have enough insulin to keep them alive today.

This situation, which millions of children around the world face on a daily basis, is not only unacceptable, it should be impossible.  No child should die because of lack of access to insulin. Every child deserves to live, and not in constant anguish or fear that today may be their last. Every...single...child.

A group called Partnering for Diabetes Change, came together a while back to see how we, the diabetes community and the wider population of the world, can help.  That's when the 'Spare a Rose: Save a Life' campaign was born.

On Valentine's Day, why symbolise your love for someone by buying them something which will whither and die within days, when you could declare your love with a gift which will grow and thrive for a year.  Give life.

Spare a Rose: Save a Child.

Posted by Anna Presswell at 05:00 No comments: