“There is no power for change greater than a community discovering what it cares about.” - Margaret J. Wheatley

When Animas first brainstormed the idea of bringing together a group of people with diabetes with a common interest in Sports and exercise, they most likely had no idea that only a handful of years down the line a spot on that weekend would become such a sought-after commodity in the realm of diabetes events.

In only its fledgling years, it is fast becoming an event in the diabetes calendar not to be missed, offering the chance to learn from the UK's leading specialists about the physiological impact of sport and exercise.  It teaches us how to manage wily blood sugars when you are half way through your desert marathon run (I'm not even kidding - meet Roddy). 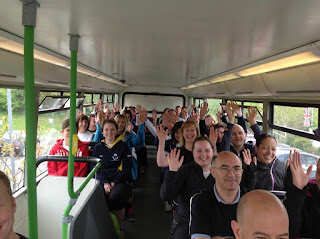 Learning how to manage those challenges and practice the teachings with a host of medical professionals on hand are just two of the gifts the weekend can offer.  Attendees have the chance to hear motivational talks from people who have achieved the most inspirational goals and last but most certainly not least, participants are offered the chance to come together with others from across the continent to form a community of people affected by awesomeness.  That's right: awesomeness.

So how do you sum up that kind of weekend in a post that isn't the size of an average Dissertation?  It's hard, but here goes:

The weekend kicked off with a welcome and talk from Dr Ian Gallen, the man heading up the education on the weekend who boasts references such as being consultant to Sir Steven Redgrave during the Olympics (we simply file that under 'legendary').  He explained the impact of different types of exercise on the diabetic body and gave information on how to negotiate those changes with a pump or multiple daily injections.  He told us about the effects of hormones on blood glucose levels and how to fuel effectively during exercise.  His talk, the culmination of decades of work, left everyone keen to get going on the 'trying it out' part of the agenda.

Saturday offered advice from Alistair Lumb about the benefits of incorporating pumps and - to a lesser extent - CGMs in exercise management.   Later, Dr Chris Kelly gave his talk on comparisons between different diets and maintaining weight loss longer term and to accompany him, your very own Ms Independent (Kelly Clarkson?) gave a talk on my own weight challenge over the last year. 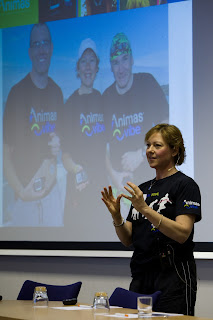 The awesome Claire Duncan took to the floor to share her story of competing in not one but two half Ironmans (Ironmen?) and a full one (140.4 miles of swimming, biking and a whole marathon to boot!), as well as swimming the channel AND being a regular triathlete.  She told us of the pull she has to sport, and offered words of advice to those who want to get started.  And did I mention she's awesome?


Finally, everyone's favourite Mr Motivator and social media powerhouse Paul Buchannon took the floor to talk about the Great Britain Diabetes Online Community (GBDoc) and how his simple idea of getting people talking to one another and find friendship in the furthest corners of the world led to him founding DOCs in over 12 countries.  What a difference one person with an idea and a bunch of enthusiasm can make... 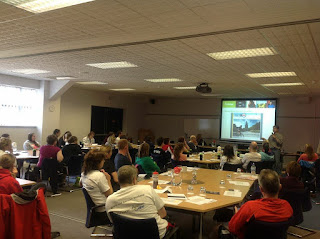 Armed with the tools now firmly stored in our diabetes arsenal, the participants headed off after their more than ample breakfasts to experiment with the advice given and the sports on offer.

The activities of the weekend included circuit-style fitness, boot camp and spinning, while the afternoon brought Badminton and Volleyball.  On Sunday we had the chance to play a game of rounders, which was evidently more about enthusiasm than skill, although I did manage to hit a ball for the first time since school.  This impresses you, I can tell.

Other lessons from the weekend included that I ‘volleyball’ in the same manner I ‘Salsa’ and that I am significantly better at smack-talking the other team than I am contributing to the success of my own. 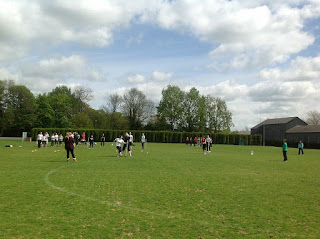 What I really learned about exercise however – including how and when to adjust basals, what recovery snacks are best and how to exercise safely - will undoubtedly assist me in the challenges I hope to embark on in the next few months. More on that, later.

A post with specific lessons will follow because as you can see, there is just too much going on in such a short time to confine it to just one post!

As with most of these events, it is the people who make it what it truly is.  The event saw people of all shapes, sizes, nationalities, exercising experience and sporting prowess come together.  United by diabetes, this year saw a much bigger attendance by our European family members including those from Germany,  Sweden, Switzerland, Finland and the mildly bonkers Danes (who even brought along and demonstrated their own dance?!).

It is the kind of event that starts with people politely asking 'where are you from', and closes with ‘let’s climb a mountain together’.  It is a safe space where everyone there has something in common with you.  It is the only gift I believe diabetes gives us; a universal family.  It allows us kinship with those we’ve never met, and allows us to be friends with people in an instant, simply because they get ‘it’. It brings us community.

As the closing comments were made and with a lump in my throat I felt compelled to speak out.  In the previous day's reflection sessions, Dr Gallen divulged how when he first tried understanding the physiology of the diabetic body during exercise all those years ago, he was told he was ‘mad’ and that it was ‘pointless’. Are we, by extension, then also pointless? Are our goals, no matter how challenging and admirable, also pointless? The people with diabetes who want to climb a mountain?  Those who wish to swim the channel?  Those who aim to lose weight because they deserve a better, happier life?  Those who go on to inspire others?

No, our goals are not pointless; we, are not pointless.  Thankfully, Dr Gallen ignored those comments and years on he and Animas have helped create a community of high-aimers and won’t-settlers, who are achieving their goals because someone understood the value of helping us get there. 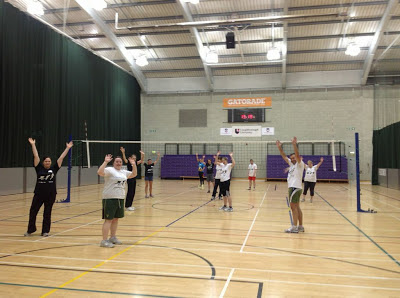