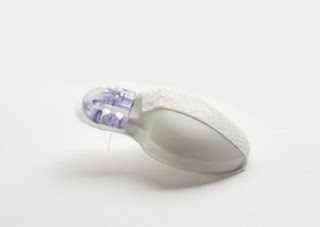 
Well, after having had a few weeks out of the 'blogosphere loop' thanks to barbecues and bank holidays requiring me to go outside and get re-acquainted with daylight, I thought it was time to clamber out of my holiday mode and tell you about the launch of Medtronic's newest product which if the marketing propaganda is correct, should see a real competitor emerge to rival the likes of Dexcom 7+.

Continuous Glucose Monitoring (CGM/CGMs) is something which many people in the Diabetic community are both excited and frustrated about. What is exciting is that CGM means diabetics could now have the tools to monitor blood sugar levels in real time, 24 hours a day without the need for constant finger pricking. It is linked to much better blood sugar control and may aid children and people needing to keep an enhanced level of control (don't we all?). The frustrating thing is the cost and lack of access on the NHS unless you fight a gruelling battle and have a super-supportive diabetes team (harder to come by than you would think).

But regardless of how difficult it can be to secure, CGM is the most promising tool we currently have on the horizon in order to keep diabetic complications and the endless grind at bay. It is also going to be utilised in the 'closed-loop' system which we so often now hear being discussed, which will incorporate an insulin pump and CGM in order to manage blood sugar levels 'automatically'. That is, CGM senses sugars are going up, pump releases more insulin. CGM senses sugars going down, pump is suspended until sugars rise. Simple. We hope.

Medtronic's sensor, which has been around since the dawn of CGM and was in fact (as I understand it) the first sensor produced fit for patient use, has been replaced with the new Medtronic Enlite sensor in Europe after gaining the required CE mark. It appears a very similar device to the previous version, but with some significant (claimed) improvements. Medtronic state the device now boasts a much smaller sensor (69% smaller no less), greatly improved accuracy (over 98% of hypos detected) and a much better system for securing the sensor to the skin. For anyone who has worn a Medtronic CGM sensor, you will know that it never felt particularly well affixed to the skin and required layers upon layers of cling-film style Tegaderm to keep it from 'flopping about' on the skin. As well as the smaller sensor offering hope that the site of insertion may now be less irritated after a few days (as I found during my trial), the improved fixing should offer a much more comfortable, reliable and precise system.

The system also now has a much improved insertion device similar to the way the Quick-sert system works, if you have ever used one. This means putting the thing in no longer means the navigation of oregami style tabs and flaps which the old system involved, which usually meant if you pulled the wrong tab, the whole thing was a sticky mess of flaps to un-flap!

On the 14th of May I will be trialling this CGM for a month and, seeing as I wasn't overwhelmed with the results of the two-week trial I underwent last year, it will be interesting to know whether the sensor is indeed more comfortable than it's predecessor. If it is, the long term goal would be to wear the sensor for longer stints in the hope that the cost of the system would be lowered. As with the previous systems, the CGM will speak to my pump meaning no need for extra hand held diabetic paraphernalia, which as any diabetic knows can grow at an alarming rate. Likewise this also means that I can view my blood sugars at the touch of a pump-button, and can set the pump to alarm when I am approaching the upper and lower limits of my acceptable range, meaning less nasty 4am surprises!

I will definitely keep you updated and will let you know if - as with last time - I am ready to rip the sensor out by the 7th day. Something I hope the improved, smaller and more streamlined design will solve.
Posted by Anna Presswell at 11:36